Segrest Farms: Why You Shouldn’t Buy That Fish

Why You Shouldn’t Buy That Fish 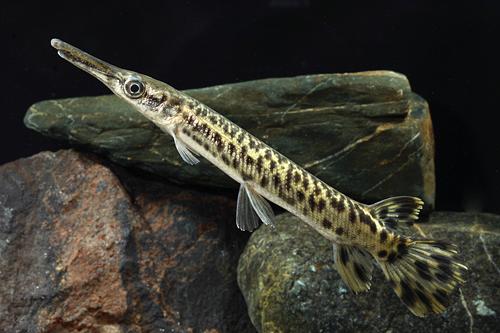 As with any hobby, fish keepers have a tendency to get overzealous. We’re always looking for something bigger, better, and more exciting. Whether this is a bigger tank, being first to breed a particular species, bringing out some extraordinary feature, owning the most rare and unusual fish, there is often a sense of one upmanship in the hobby. Sometimes, though, there’s a good reason to resist your urge and just step away.

It just gets too big

There’s always a bigger fish, and odds are somebody somewhere is keeping it – or at least trying to. But that doesn’t mean that you are ready or able to try. What is a reasonable size fish to one person can simply be too large for another. While many people don’t like to hear it, a number of fish are outside of their capability to give lifelong care for.

Common plecos are a great fish, but they are often sold to the wrong people. They grow very large (up to 24 inches or more), require a lot of food (primarily organisms growing on driftwood, so you need room for a large piece or two of driftwood), and make a lot of mess (so you need strong filtration). Many common plecos are sold as algae eaters for small tanks, often to people with no plans or desires to buy larger tanks as the fish grows. There are many options that are vastly better whether you are looking specifically for a pleco (bristlenose plecos), any algae eating fish (Otocinclus, Farlowella), or just any animal to help remove algae (Amano shrimp, a wide variety of snails).

Arowana, red tail catfish, and pacu are all very popular yet only a small percentage of dedicated hobbyists can suitably care for them. They require a huge amount of resources to just to provide enough space for them. There are very few commercially available aquariums large enough to even hold them, so you often have to custom build (or have somebody else custom build) something to keep them in. Most do best if you can provide them a decent sized pond, but few areas in the United States have a climate suitable for a yearlong outdoor pond for one of these fish. You can build an indoor pond (I know people who have), but be prepared for enormous energy bills and a very real possibility of structural damage from the humidity.

And then we get to the fish nobody wants to hear the reality of. I hear many people talk of how they want an alligator gar or an arapaima. Looking at the challenges involved in keeping a four foot arowana, how many people can realistically care for an eight foot arapaima? The reality is, not many.

And don’t get me started on goldfish…

They are simply too difficult or delicate

This is seen more often with marine fish than freshwater, but there are often fish that just do poorly for most aquarists. Sometimes this is due to requiring highly specialized foods or feeding habits, sometimes they require conditions that are difficult or impossible to give in an aquarium, sometimes they just require too much space (see above), and sometimes we just don’t know what the trick to keeping them successfully is.

Perhaps most renowned for its difficulty is the moorish idol. They are a uniquely beautiful fish for a large reef tank that has captured the attention and admiration even of non-aquarists, even having made its way into movies (looking at you, Finding Nemo). And there are people who have successfully kept them. But for every success story there are countless people who try and fail. Even many advanced hobbyists who make an attempt at it end up disappointed. Unless you are able to offer perfect conditions with meticulous care you probably shouldn’t even try. Even if you think you can, it’s worth thinking twice about whether or not you are willing to take that risk.

Similarly, green mandarins have also often been a source of failure and frustration among fish keepers. On paper, it seems like it would be an ideal addition to an aquarium. It stays small, is very peaceful, and is generally resistant to many diseases. Unfortunately, they also require an enormous supply of food (generally live copepods and they can wipe out a colony of them in days) and are rarely willing to accept frozen or pellet substitutions.

As a hobby, we all want to think that what we do doesn’t impact natural ecosystems or harm wild fish populations. Unfortunately, sometimes that isn’t the case. Also unfortunately, it can often be extraordinarily difficult to know if you are contributing to a problem.

Through the years there have been a number of unsustainable (and arguably unethical) practices that have occurred. The widest known of these is the practice of cyanide fishing. While the cases of this happening is significantly lower than it used to be, I don’t think anybody can promise that it is 100% gone.

A number of measures have been enacted over the years to clamp down on these practices that responsible suppliers have stood behind. During its existence, MAC (the Marine Aquarium Council) created a list of criteria designed to ensure sustainability along the supply chain and certified fisheries, wholesalers, and retailers who complied by this criteria (Segrest Farms was one of the certified wholesalers).

Unfortunately MAC did not last, but we as a hobby need to continue to demand that the fish we purchase come from sustainable sources. This doesn’t even mean that every fish needs to be tank raised. A number of operations such as Project Piaba in Brazil, LINI in Indonesia, and the fishery in West Hawaii have devoted themselves to performing research, developing better methods, and monitoring the health of wild populations to stop unsustainable fishing and use the ornamental fisheries to help protect those habitats.

The other environmental problem we see is the threat to certain species of overfishing. There are some species that are so widespread and have such high numbers that it would be virtually impossible to threaten their populations. But there are other species that have been fished in unsustainable numbers. The two most prominent examples are Roseline Sharks (Sahyadria denisonii) and Banggai Cardinals (Pterapogon kauderni). These are both fish that have been highly desirable and originate in relatively small ranges, causing them both to become threatened. Fortunately, these have both become readily available through captive bred sources.

As hobbyists, there are often fish that we long for and would do anything to get. We don’t like to be told that we can’t have something that we want. But sometimes, a certain fish is just a bad choice for you, and just because somebody else is successful with a fish doesn’t mean that it’s right for you. How can we know this and avoid fish we shouldn’t get? As with everything, it all boils down to research. Read everything you can before deciding on a fish, know the benefits and the drawbacks of that fish, and never compromise on making the best choice for yourself and the fish.